It appears Kobe Bryant has launched his next post-playing career venture – and, hey, it sure beats the “Musecage” – as a sort of NBA social-media sage/consultant, issuing basketball challenges to players via Twitter.

As part of his Mamba Mentality promotion with Nike, Bryant tweeted challenges to Isaiah Thomas, DeMar DeRozan and John Wall. And on Sunday, Bryant, who retired in 2016, responded to ascendant Bucks star Giannis Antetokounmpo’s request for one with a formidable task.

A few days after Antetokounmpo said he was “still waiting” for his challenge, Bryant threw down the gauntlet:

The 6-foot-11, 22-year-old, ultra-athletic, do-everything “Greek Freak,” who was named to both the All-NBA and All-Defensive Second Teams and won the league’s Most Improved Players award in 2017, had a breakout fourth year in Milwaukee. Antetokounmpo became just the fifth player in NBA history to lead his team in points (22.9), rebounds (8.8), assists (5.4), blocks (1.9) and steals (1.6) for an entire season, and was also the first player ever to rank in the league’s top 20 for all of those statistical categories.

Voted in by fans as a starter, Antetokounmpo was the Bucks’ first All-Star since 2004, and that popularity continued to skyrocket, with his No. 34 jersey becoming the NBA’s eighth-most popular after the season. Antetokounmpo finished tied for seventh in MVP voting last year, as Milwaukee went 42-40 and lost in the first round of the playoffs. Some Las Vegas sportsbooks have him with top-six MVP odds for this season, better than even Stephen Curry and Anthony Davis.

This wasn’t the first time Bryant has expressed appreciation for Antetokounmpo, who last year called the former Lakers legend one of his role models. After a Milwaukee win in Los Angeles in February 2016 – during which Antetokounmpo posted the first triple-double of his career, with 27 points, 12 rebounds and 10 assists, plus four blocks and three steals – Bryant said this of Giannis:

Times going to go by fast. You know you have the potential to be a great player and the last thing you want to do is at the end of your career look back and say ‘Oh I wish I worked harder’. Because time goes by too fast, man.

I told him if you want to get to that level, this is what you have to do. You have to work on your jump shot. First time I played him, I backed off of him. Today I backed off of him again and I didn’t see any improvement. I like testing young guys to see that. Summertime is when you have to make that leap. I was making 1,000 shots a day, that’s what it takes.”

Bryant tested him then – which prompted Antetokounmpo at the time to reply, “He said he used to shoot 1,000 shots a day, so I’ll try to shoot 1,500 this summer” – and now he’s testing him again. Recently, Antetokounmpo suffered a knee injury while with the Greece national team in the Eurobasket championships and had to pull out of the tournament, acknowledging the significance of his new four-year, $100 million contract extension, which begins this season.

The Bucks have invested a lot in Antetokounmpo and, like Bryant, see a lot of value – perhaps, ultimately, the most value – in that investment. 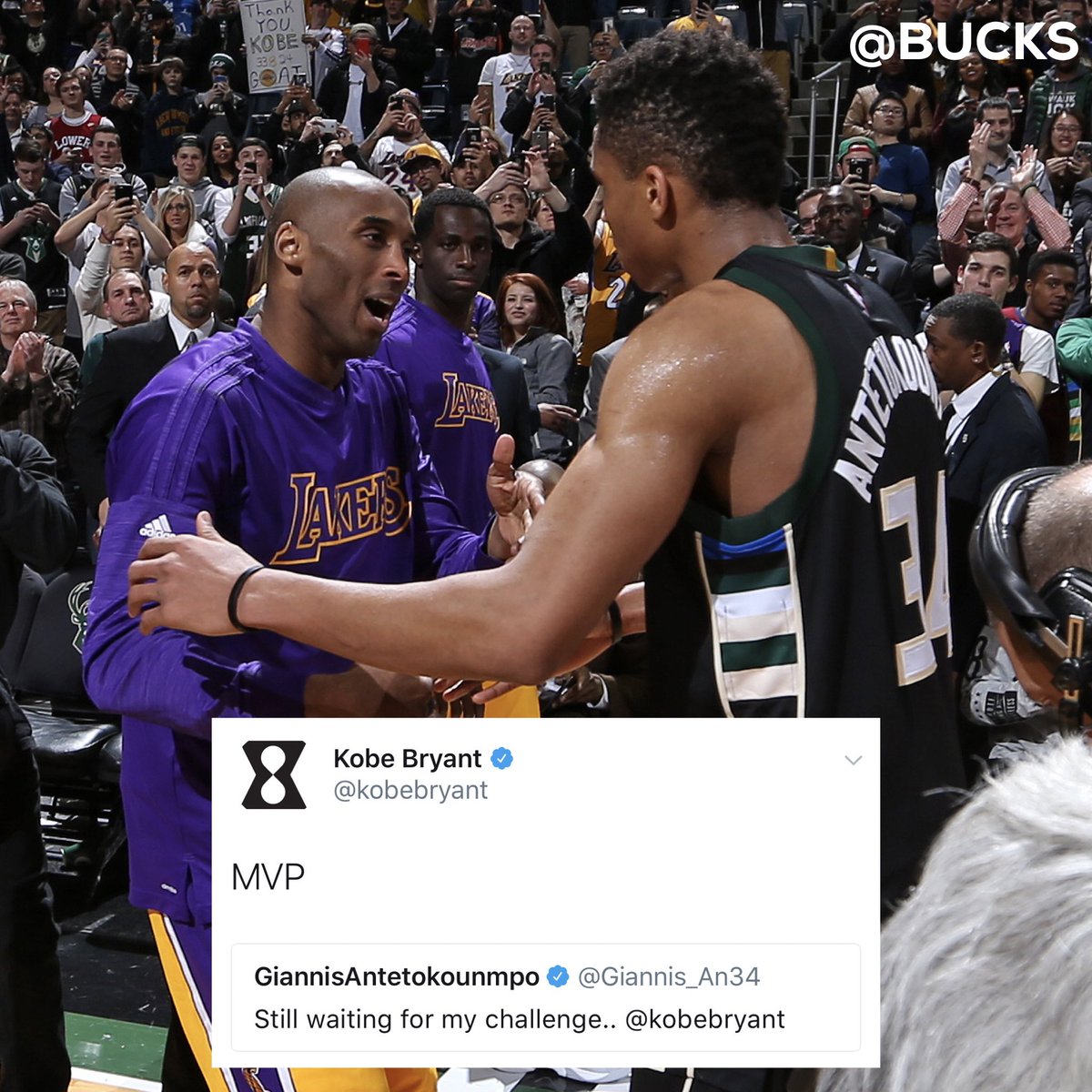